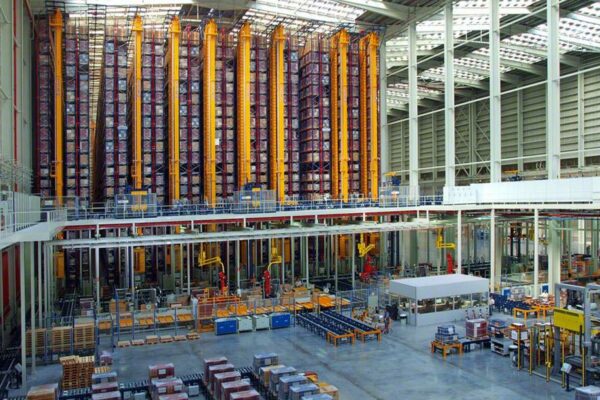 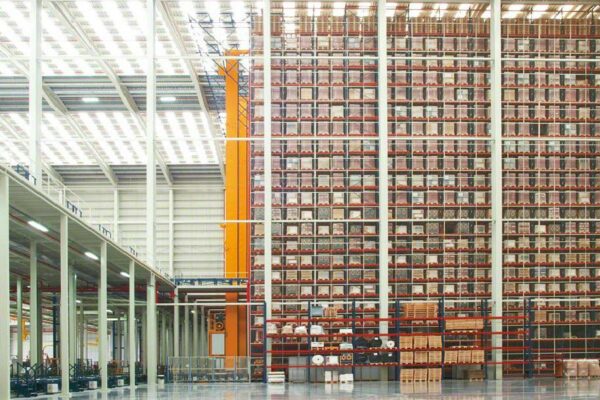 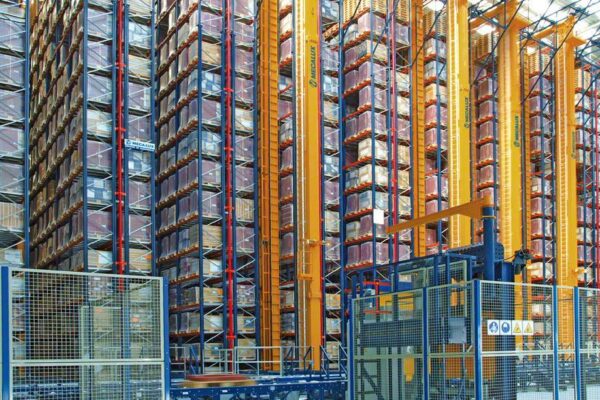 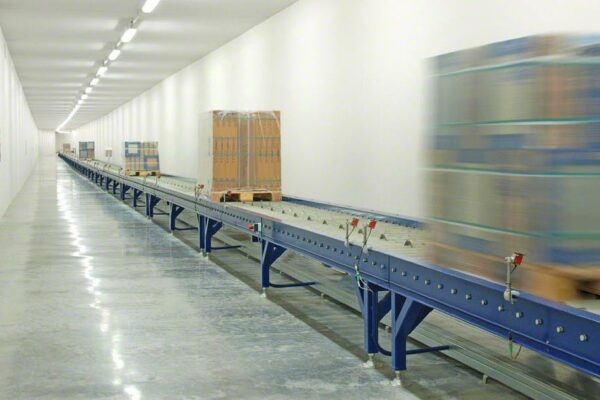 With the opening of the new logistics center for Venis, the wall and floor tiling company, the Porcelanosa Group has finalized the ambitious plan that was launched in 2003 for the expansion and modernization of its storage centers. Over the years, this important Spanish corporate group has entrusted Interlake Mecalux with the automation of its five logistics centers at its headquarters in Villareal, in the province of Castellón in Spain. This process is a factor of vital importance in sustaining the growth of the group’s companies around the world.

The Porcelanosa Group, made up of eight companies, leaders in their respective fields, is one of Spain’s most renowned and most prominent companies worldwide, with a presence in more than 100 countries.

Taking into account the group’s predicted growth and its firm belief that factors such as the storage and handling of the finished product are fundamental in gaining a strong competitive advantage, at the turn of the 21st century the decision was made to invest in the automation of the five logistics centers at its headquarters in Villareal, Castellón. First came the Porcelanosa center, followed by those of the companies Ceranco, L’Antic Colonial, Noken and, finally in 2012, Venis, a benchmark in the manufacture and innovative design of stoneware and porcelain tiles. All of these centers were built in close collaboration with Interlake Mecalux, who has taken into account the diverse needs and characteristics of the products involved in each specific case.

The logistics center built for Venis was to complete this process of modernization and contribute towards achieving the group’s target of reaching a capacity of 275,000 pallets. Another of the goals was to connect Venis’s production plant to the logistics center, thus eliminating transport costs and streamlining product movements. To reach these objectives, Interlake Mecalux has implemented the most innovative and efficient storage solutions at every point in the process, ranging from receipt, storage, and picking, up until dispatch.

The result is a fully automated warehouse of more than 75,000 square feet, with a capacity of more than 65,000 pallets and a significant increase in the speed at which goods are brought into and leave the warehouse.

Receipt Area:
The cycle starts with pallets containing the finished product, which are taken from the production center to the silo via an underground tunnel of over half a mile long, fitted throughout with conveyor belts. Once in the silo, the pallets are brought up to the warehouse’s P&D station, thanks to elevators capable of carrying two pallets of up to 1.75 tons each. In addition to the tunnel entrance, the store has another auxiliary entrance for pallets coming in from other centers.

Once at the P&D station, the pallets are moved on roller and chain conveyors to the identification checkpoint, where all incidents are controlled by Interlake Mecalux’s warehouse management software, Easy WMS. Here each pallet is measured and weighed, and it is made sure that they are in perfect condition.

Storage area or silo:
The space dedicated to storing goods is made up of 10 aisles of approximately 5.75 feet wide, along which 10 twin-mast stacker cranes travel, serving 20 racks, each over 100 feet tall. These stacker cranes move up and down the aisles at great speeds (nearly 600 feet/min) and are able to lift pallets at a speed of more than 150 feet/min, positioning the loads strategically in the available spaces based on commands sent by the management software. The stacker cranes can carry out 237 combined cycles per hour.

Goods of higher rotation are located in the area nearest the P&D station, thus saving time in their movement.

Another feature of the stacker cranes is their energy efficiency: On average, they recover 15% of the energy consumed to fuel themselves, meaning that they are in line with the company’s commitment to the environment, in addition to the cost savings they offer.

In anticipation of future growth of the company, Interlake Mecalux has also designed the warehouse with space for future expansion, allowing for the addition of up to five new stacker cranes.

Picking area:
The handling of goods has also called for specific solutions from Interlake Mecalux, both in the more complex area for order preparation, as well as for the handling of full pallets.

Eight workstations have been set up in the picking area, where 31 orders can be prepared at the same time. The warehouse management software (WMS) also controls the preparation and dispatch of orders, making it possible to complete four orders at once at each picking station.

In this area special attention has also been given to ergonomics and worker health and safety. For example, pneumatic arms have been installed so operators can handle loads without exerting themselves, thus making movements easier and speeding up the process. Additionally, the picking tables are fitted with hydraulic systems to allow for height adjustments, meaning operators can work more comfortably.

Dispatch area:
In order to allow for swift and safe movement of personnel between the picking and dispatch areas, a tunnel has been built to connect the two, thus eliminating any need to walk through the area where the shuttles are working.

Advantages for the Customer

With the opening of the Venis logistics center, the Porcelanosa Group has finalized the process of modernizing its facilities at the headquarters in Villareal, Castellón, resulting in the largest automated ceramics logistics center in the world. Through this process, the goal of reaching a capacity of 275,000 pallets has been achieved, and significant improvements to the efficiency and quality of customer service have been made.

Installing stacker cranes, conveyors, lifts and shuttles, along with the implementation of the management software Easy WMS, has allowed for the complete automation of all logistics processes and perfect control of all products. This, along with other advantages, makes the following possible: